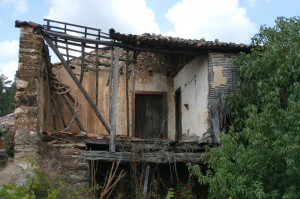 Built a long time ago by people who worked hard from sun to sun to take from the land their support, the village had rich vegetable plots on the “Vale da Abundância” (literally abundance valley) where Fato brook flows on the west side of the village. On the green hills, flocks of sheeps and goats grazed peacefully while in the village, cackling chickens were wandering for food.

On the Alge brook, the millstones grind the maize and corn that will be turned into bread on the ancient firewood stoves. One day, tired of so much work, men and women start to leave looking for a better life elsewhere and the village, little by little, became lonely and empty. Time just did its work on the abandoned houses and, one by one, they fell into ruin. The village, once full of life and joy, started to die. 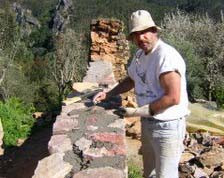 It was a ghost village that Anibal Quinta found one day, some years ago. On his job, he regularly drove on the road to Figueiró dos Vinhos and the always sunny old village attracted his attention. He became so curious that one day decided to go there and have a look, having found an almost desert village. From a total of 21 houses, only 4 were still inhabited; all others were just ruins. But he did’nt care, he had just felt under the charm’s spell of the little village.

The passion was so strong that he decided to buy one of the houses at once. He started to rebuild and, full of pride, invited his friends to visit him and the village. 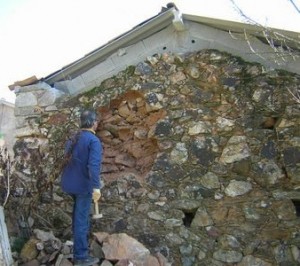 And the spell of Casal de S. Simão spreaded amongst the friends that started to buy and rebuilt. And the friends of friends came and do the same. All together, with their effort and joy, they managed to rebuild the village and now, Casal de S. Simão is proud again and full of projects for the future.